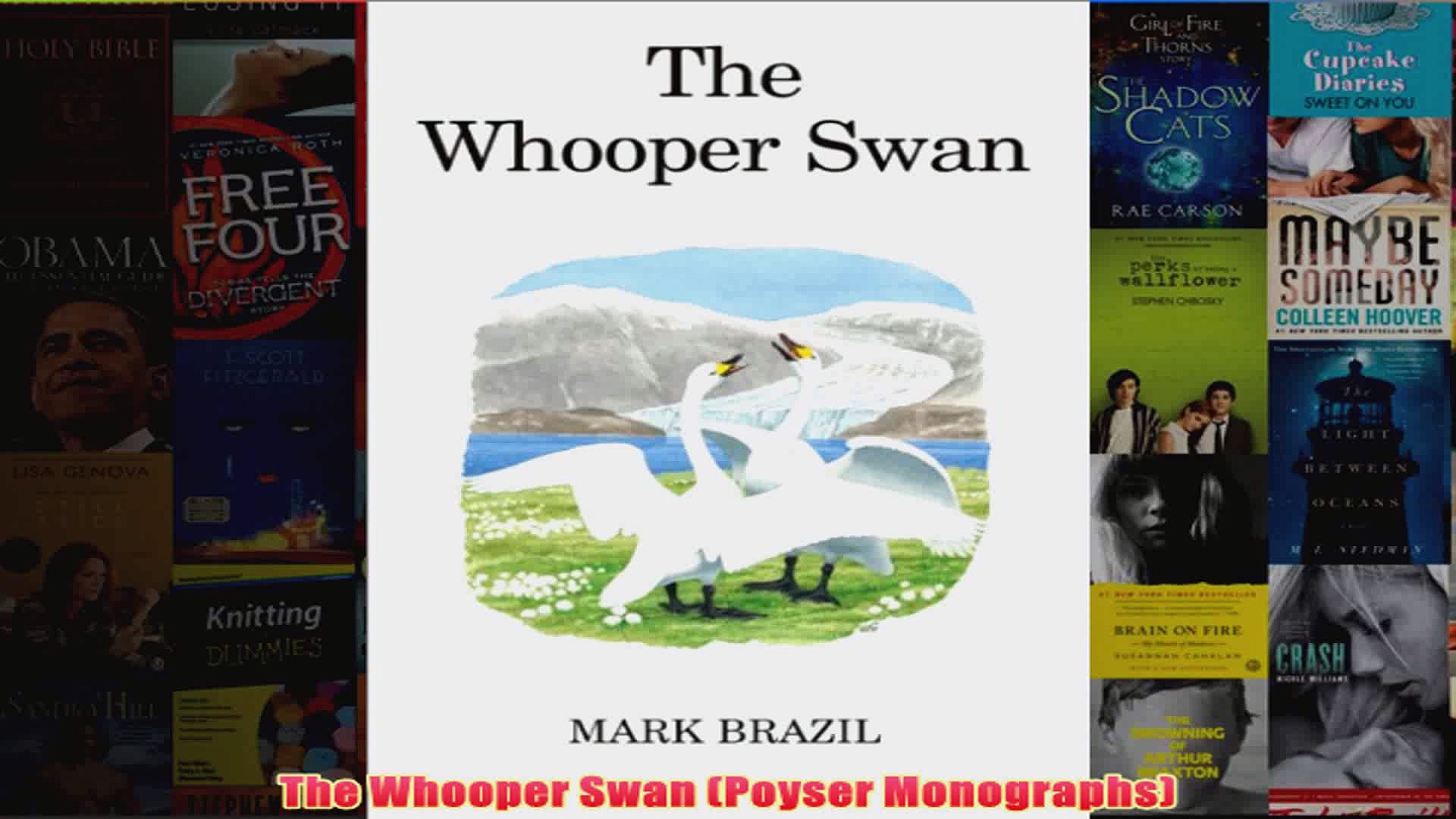 Most Read in News

In Search of Sparrows (Poyser Monographs)

Close Lockman et al. Much useful information is contained in The Trumpeter Swan Society's newsletters and in the journal North American Swans , the Proceedings and Papers of the various Trumpeter Swan Society Conferences, and unpublished university theses. Along with the ravens, whose throaty exclamations I discussed here lately, those of the wintering whooper swans have also claimed a share of this unseasonable silence.

The mossy cliff beyond the lake has the acoustics of a Greek amphitheatre, attending to their softest calls with a bell-like clarity. My rapture over whooper music is well on record: flugelhorn and oboe in a Bach variation I never want to end. There's a sad little descant of three falling notes, and a whole suite of individual buglings, right up to strident alarm: kloo-kloo-kloo! But it's the gentle, echoing, antiphonal chords - the swan duets - that turn my heart over. These are real duets, too - part of the bonding contact between cob and pen.

A recording made in Iceland revealed how deliberate they are: a controlled, antiphonal calling between the pair, with gradual and matching increases in duration. Trust science to pick love apart in this way - still arguing, even, about whether cob or pen has the higher voice.

And when it comes to transcribing whooper dialects, music flies straight out the window.

UK-educated, he is currently Professor of Biodiversity and Conservation in Hokkaido, Japan, right at the other end of the whooper swan's range across Europe and Asia. It was a much earlier book of exquisite photographs of the whooper swans of Hokkaido, by Japan's Teiji Saga, that first woke me to their presence on the other side of the world. Saga's birds are cloaked in snow as they sleep on frozen lakes, or drift wreathed in mist at daybreak - images that fit one's most lyrical imaginings about swans in the wild. But, while Saga's devotion to stalking his birds is beyond question, not all the winter whoopers of northern Japan are so difficult to access.

Sightseers brandishing food have made many winter flocks quite confiding, so that, as Brazil describes, some loaf around on a snowbound car-park at the shore, waiting to be fed rice crackers flavoured with Antarctic krill - and, of course, to be captured in digital snaps.